Farming accounts for one in every five worker deaths. Common hazards include quad bikes, animal handling, biosecurity hazards, tree work, noise and electrical work. Below you will find information about recent serious incidents and safety information to help protect you and your workplace.

The telehandler including its location

Site specific traffic management control measures must be implemented to manage the risk of mobile plant causing harm to pedestrians.

If it is not reasonably practicable to separate people and vehicles, implement additional controls to minimise the risks such as:

Code of practice – Managing the risk of plant in the workplace (PDF 2.1MB)

Paying attention to whether or not your everyday tasks are done safely could be the very thing that prevents an injury to yourself or your workmates.

This short video will help you do a quick refresh of your basic safety practices when working in a goods yard, freight terminal or any workplace that requires you to be around trucks or forklifts.

Mobile plant in the manufacturing industry

Being hit by a moving object is one of the leading causes of fatalities in the manufacturing industry. Listen to SafeWork NSW Inspector Brian Hughes share his stories and his top tips for staying safe.

A 52-year-old worker was killed while conducting minor maintenance works on a home-made front tank attachment on a tractor. Initial inquiries indicate the worker was crushed when the attachment, suspended by the tractor, shifted, resulting in a partial failure of the welded area. 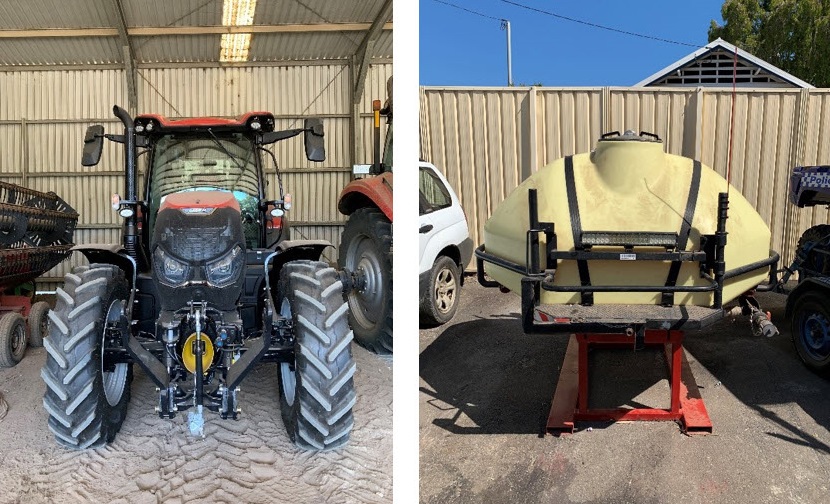 You must consider ‘reasonably practicable’ control measures to manage the risks associated with working with tractors and attachments, including:

A worker sustained serious injuries while operating a roller-compactor at a rural property in the Hunter Valley when the vehicle rolled over. The roller-compactor was fitted with a rollover protection system, however the worker was not wearing a seatbelt and was ejected from the cabin through the front windscreen.

Vehicle rollovers are one of the highest causes of fatalities in the agricultural industry. Businesses must implement ‘reasonably practicable’ control measures to manage the risks associated with the rollover of vehicles such as tractors and earthmoving machinery.

A worker suffered fatal injuries and a second worker attempting a rescue was rendered unconscious as a result of lack of oxygen, when conducting cleaning operations inside the confined space of a molasses tank at a rural property. 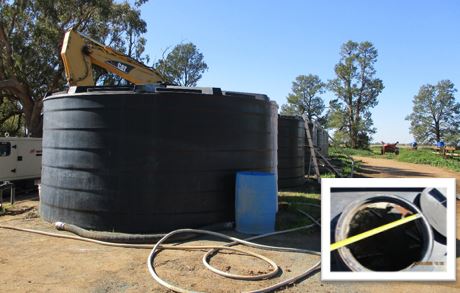 Farm work may involve accessing confined spaces including various types of tanks, silos, and pits. Common hazards associated with working in tanks are:

Warning! If someone collapses when working inside a tank, it is important to assess the risks before attempting to rescue them. A high number of people who die in confined spaces are the rescuers. If an incident occurs get help. Do not attempt a rescue without knowing the hazards, understanding the required response and using the proper safety equipment.

When working in or around a confined space such as a molasses tank always:

During April there were four separate serious incidents involving quad bikes and a side by side vehicle. Three of the incidents resulted in a fatality, the fourth resulted in spinal injuries to the worker. It is believed that all four incidents involved the vehicle rolling and crushing the rider.

On the morning of the 3 April 2020, a 64-year-old farm worker went to check stock on a sheep stud. When he didn’t return later that afternoon, a search party was organised involving Police and volunteers. The farmer’s body was found that night in a large sloping rocky outcrop, underneath an upright quad bike.

On 8 April, a man was moving his neighbour’s cattle on a side-by-side vehicle. When going up a steep incline the vehicle tipped and rolled, fatally crushing the man underneath. It appears the vehicle's seat belt was fastened so that the vehicle could be started, but not placed around the rider. The man was allegedly not wearing a helmet.

On 13 April, a 69-year-old man sustained a cracked vertebrae and ligament damage when his quad bike rolled over. Westpac Rescue Helicopter transported the man to hospital for treatment.

On 17 April, a 67-year-old woman was found dead in a paddock on her farm. Despite the flat terrain, it appears the quad bike she was riding rolled and crushed her.

A 22-year-old worker had his leg amputated after it became entangled in an unguarded in-ground auger, while he was cleaning grain out of a flat bottom silo. Farmers and workers are killed or seriously injured every year while working on or inside silos.

The three key reasons are:

Consider ‘reasonably practicable’ control measures to manage the risks associated with working near augers and silos.

A 20-year-old stablehand suffered a brain injury after she was kicked in the head and face by a horse, while leading it from its stable to a yard in windy conditions. Displaying flighty, anxious behaviour, it broke free of the lead rope and kicked out with both hind legs. 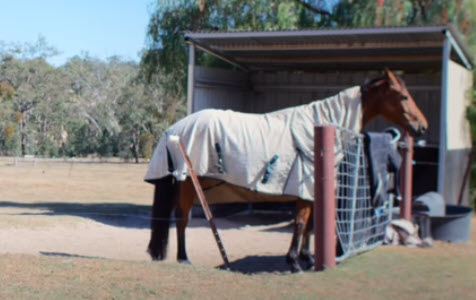 Many workers have been killed or injured falling from a horse, or being bitten, struck or kicked.

When working with or around horses:

When leading a horse, you should: Consider ‘reasonably practicable’ control measures to manage the risks associated with working on tractors. Make sure:

A 36-year-old man died when the tractor he was steering – which was being towed by another tractor – rolled over and crushed him. The incident occurred at Clybucca.

A vehicle rollover is one of the most common causes of fatalities in the agricultural industry.

Consider ‘reasonably practicable’ control measures to manage the risks associated with the rollover of vehicles such as tractors. Make sure:

A male farmer sustained fatal crush injuries when the side-by-side vehicle (SSV) he was operating rolled on a farm in Kybeyan.

Businesses must implement ‘reasonably practicable’ control measures to manage the risks associated with operating a side-by-side vehicle, including

You can also refer to the following guidance materials:

A 38-year-old man sustained fatal injuries after losing control and rolling a 4WD farm vehicle as he descended a steep hill at Yaven Creek, near Adelong, in the Riverina region of NSW.

Consider ‘reasonably practicable’ control measures to manage the risks of using plant, such as farm vehicles, on steep terrain. Make sure:

A 69 year old, male, contract transport driver sustained fatal crush injuries after being struck by a bull in north western NSW. The worker was loading cattle onto a single deck trailer cattle transporter when a bull turned to exit the truck and pinned him against the race wall.

Consider ‘reasonably practicable’ control measures to manage the risk of being crushed, kicked, trampled or gored. If you work with cattle during loading or unloading you are at greater risk of being injured when:

Handlers must anticipate unpredictable animal behaviour when animals are in confined situations during loading, particularly when loading cattle by ramp. To stay safe:

You can also refer to the following guidance materials: